Recently we received a call from a customer who had been dealing with a slow draining sink and a toilet that would start to clog and backup from time to time.   She told the technician that this problem only started to get worse and she wanted to clear her clogged sewer line to see if that would help with her situation.  The tech agreed to go out, Philadelphia is our main service area so we were there in about one hours time.  When the tech arrived, he could smell the sewer gas and a knew he had to clear to the line first before he could insert a sewer inspection camera down inside the pipe.  After several attempts he successfully cleared the line and he was then able to put a video camera into the line. 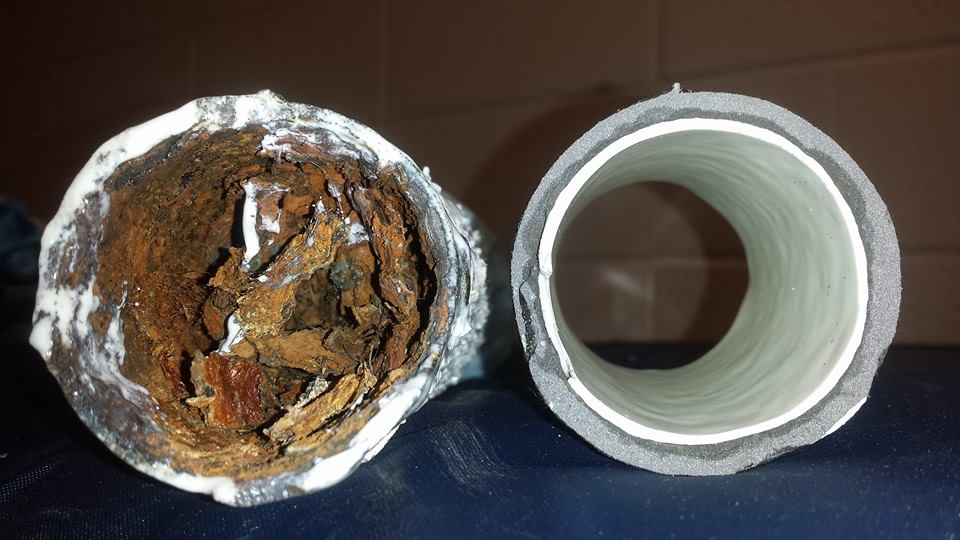 It was a cast iron sewer main line that ran under the front porch out to the city’s sewer.  The tech immediately noticed the cast iron was in bad shape and per his expertise felt it was on the verge of collapsing through what appeared to be years of neglect.  The good news was he was able to do a trenchless sewer pipe replacement by inserting a liner inside the old ‘host’ pipe.  After explaining his findings to the homeowner she agreed to have the procedure for her ailing sewer pipe.

Here at The Trenchless Team we are well stocked and have plenty of inventory on hand to do just about any job.  The technician was able to start the process of ‘relining’ the old cast iron pipe and by early the next morning it was completely finished.  Here is a great example of a common ‘drain clearing’ or ‘drain cleaning’ call we get all the time and it turns out to save customers a lot of money.  If this sewer line collapsed it would have cost the homeowner thousands more dollars and she would have had to dig it up.